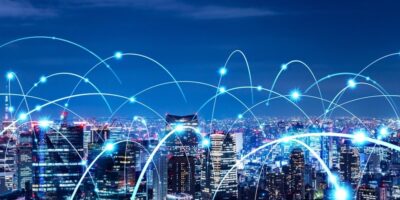 Two initiatives have been announced by Arm for embedded, IoT, ML, and MCU software developers. The Open-CMSIS-Pack project will deliver the infrastructure to integrate and manage software components and improve code reuse across projects, while Keil Studio Cloud provides a cloud-hosted platform with direct Git integration and modern CI workflows for rapid IoT device development.

Software compatibility for component re-use in the IoT presents a challenge as the IoT landscape is much more diverse at the hardware level compared to PCs or the data centre. In response, Arm offers the Common Microcontroller Software Interface Standard (CMSIS). This vendor-independent abstraction layer for microcontrollers, specifically for Arm Cortex-M processors, includes CMSIS-Pack, a packaging technology that supports nearly 9,000 different microcontrollers. It is designed to make project integration of drivers, middleware and other software components across multiple Arm-based devices much easier.

Arm is now moving parts of CMSIS into an open project called Open-CMSIS-Pack, which will deliver the infrastructure to integrate and manage software components and improve code reuse across projects. The Open-CMSIS-Pack project will begin its life as an incubation initiative under the Linaro IoT and Embedded Group, focusing on a standard for software component packaging and related foundation tools for validation, distribution, integration, management, and maintenance.

The initial focus of the Open-CMSIS-Pack project will be command-line tools and CMake workflows that enable the broader ecosystem to integrate CMSIS-Pack-based development flows. This project is the starting point for evolving the CMSIS-Pack technology into a true open standard for microcontroller software component packaging, targeting key interfaces for major IoT platforms and producing a framework that can be embraced across the ecosystem.

The second announcement is simplified cloud-based IoT development tools in Keil Studio Cloud. This is the first component of the next-generation Keil tool suite. This early access beta will allow developers to experience the Keil Studio workflow first hand with a limited set of supported development boards and features. The tool will evolve over several software releases, delivering a desktop and cloud experience that will provide developers with:

An integrated development environment runs in the browser and connects directly to boards on a desktop. There is no complicated tool installation, and example projects along with the related resources are always up to date so developers can have code running on a device within minutes, assures Arm.

A portal for the broader software ecosystem to collaborate on, submit examples and share feedback will be available in a later release in 2021.

Combined with Keil MDK, Keil Studio will offer the best-in-class IoT, machine learning (ML) and embedded development environment even for the most demanding real-time and functional safety projects, says Arm.